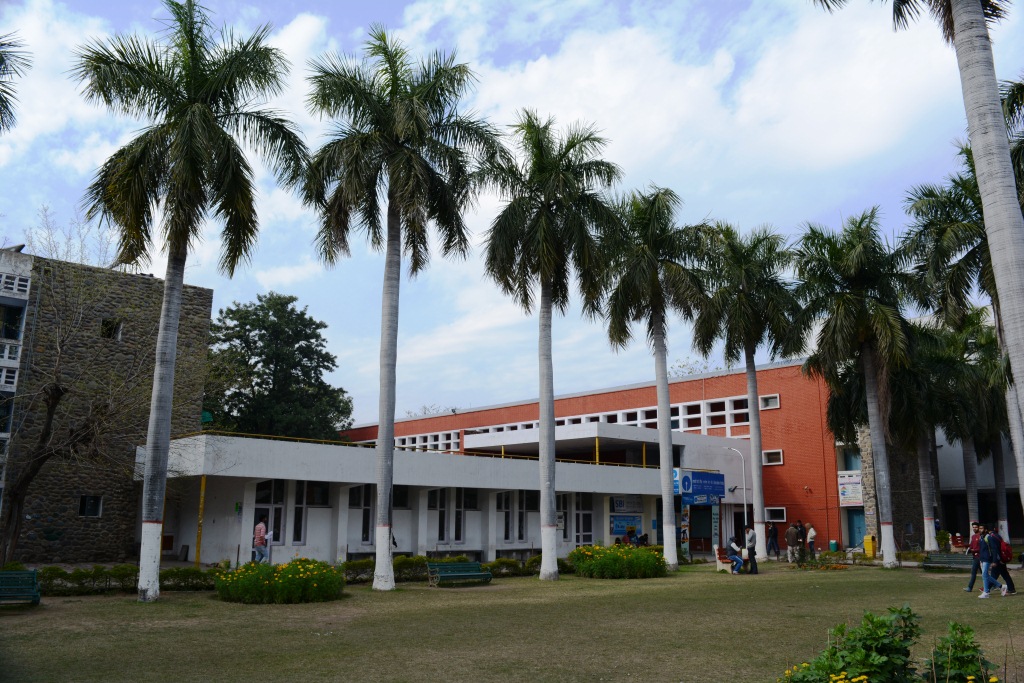 
The college was established on May 26, 1953, in the building now housing the Mountview Hotel. Later it shifted to the premises of Government Model Senior Secondary School in Sector 23.

It moved finally to its present building in Sector 11 on October 13, 1960. Since its inception, it has witnessed a steady growth in its infrastructure and enrollment. The college building which was originally designed by E Maxwell Fry to accommodate 700 students, now has more than 3272 students with additions in infrastructure.

The college was envisaged as a leading institution having its own distinct impress on the educational and cultural map of the ‘City Beautiful’. A prestigious temple of learning, (just in the footsteps of famous Govt College, Lahore), that could grow into an epicentre of intellectual and aesthetic activities in the region. Being the first college in the city, it has proved itself eminently worthy of its role as a torch-bearer in the whole gamut of broad-based instruction. The college aims at providing congenial atmosphere and constructive channels to its young scholars for the fullest development of their multi-dimensional personalities. It has always been our earnest endeavour to direct the collective efforts towards the inculcation of intellectual brilliance, moral uprightness, and ethical awareness, so as to shape young boys and girls into responsive and responsible members of society. ‘Higher and Still Higher’ is the motto of the college.

During the past 50 years the college has scaled many a glorious height, has taken tremendous strides and carved for itself a secure niche in the educational edifice in this part of the country. It has consistently won laurels in the spheres of academics, sports and other creative activities. A cross-section of our student community has the enviable position in administrative services, education, medicine, engineering, business, industry, and even politics. They are the trend setters for the present generation of students

After more than five decades of dedicated work, we have reasons to look back with an ample sense of fulfillment. But we are not complacent. We take a fresh look at our parameters and priorities. Though the rudiments of instruction remain the same, we have to brace ourselves afresh to meet new challenges thrown up by the changing times. With an unflinching faith and unswerving resolution, we have to rededicate ourselves toward the goal of reaching glorious pinnacles of excellence. We hope to generate in our students – the future citizens of our great land, a spirit of fearlessness, frankness, incorruptible truthfulness, compassionate sympathy, noble fervour and inexhaustible patience; and above all, a ceaseless search for ‘Pure Knowledge’ that redeems all.